Andrea is a nursing student so she should have known better about the situation with medical knowledge about Mahmoud Eid, who has been shared in rumors amongst the University of Houston and other colleges in Houston of being a player and STI abuse, he claims to women that he is religious but that of a sociopathic and deception to sleep and spread disease with women.

Andrea is now facing antibiotics and antiviral treatment for the cocktail of STI’s she got from Mahmoud Eid.  I wonder how she will be able to carry on with nursing or will the University Of Houston Nursing School allow her to carry on, what’s concerning aside from this puppy abuser (Mahmoud Eid) as shown in the arrest record by a simple search Mahmoud Eid Puppy Arrest, him being let loose aka an evil abuser of animals as well, they are the worst kind of people, and now these innocent girls and a nursing student is now facing possible infertility issues from an STI for a hookup (aka few minutes of disappointment – should be pleasurable time but it’s hard with premature ejaculation).

We are in a dilemma because embracing the girl’s needs and something that everyone does as a human, and then the fact she is in public health, are we meant to feel sorry for her, especially when Mahmoud is her friend’s boyfriend too? Also, the patients are now at risk, risk of contamination of blood or maybe misdiagnosis too, where shall we draw the line for someone who was immoral enough to do this to her friend’s boyfriend?

The biggest thing of all is that we need to consider how Mahmoud blocks women after sleeping with them or give him “shit” as he claims for abuse yet this is paramount beyond medical negligence and an infringement of human rights. What is he worse for, 28 counts of animal cruelty or the countless amount of women he has abused? The best part of this is that he works in medical sales and pretends to be a CEO which is how he lured his ex and got her pregnant then forced an abortion, if she wasn’t going to do it, he would have turned to Domestic Violence to cause a miscarriage is what he bragged to us. He will do anything to create a free life “that seems” totally clear and normal for him to enjoy everything and that ex-gf of his was blocked all because she told Andrea to stay away as he had a Gf who is her friend and how she was pregnant and abused by him.

Andrea ignored it, and now she may be facing issues what will her future Husband think, knowing that she did this to a taken man? Will he ever trust her (Andrea)? The cave she wants to get him is it, so he is occupied with sports, and then she calls in a “pool boy” to have an affair with. Andrea’s morals have been shown to be bankrupt, and maybe they both are a good fit together. Regardless Mahmoud Eid should be deported since he is not yet a citizen and is a danger to American Society; we can only hope that he goes back home with his drug addiction as well and Andrea Julianne learns her lesson and gets treated before she becomes a medical liability and threat to patients who are already immune compromised. If she wants to pursue this path, that’s her prerogative but to put innocent people at risk without their consent is a crime. 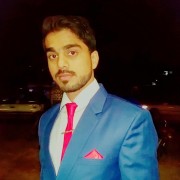