The Beach Boys, an American rock band formed in 1961, are known for their iconic surf rock sound and timeless hits such as “Surfin’ USA” and “Good Vibrations.” Their music has become synonymous with the California lifestyle, capturing the laid-back, carefree spirit of the Golden State. This article delves into the history of the Beach Boys and the role their music played in the development of the California Dream.

The Beach Boys were formed in Hawthorne, California, in 1961 by brothers Brian, Dennis, and Carl Wilson, their cousin Mike Love, and a friend, Al Jardine. They began by performing at local parties and venues, quickly gaining a reputation for their tight harmonies and surf-inspired sound. In 1962, they released their first single, “Surfin’,” which became a hit in Southern California. This success led to the release of their debut album, “Surfin’ Safari,” later that year.

The Rise to Fame

The Beach Boys’ rise to fame was meteoric. With the release of their second album, “Surfer Girl,” in 1963, they established themselves as one of the leading bands of the surf rock genre. Their music, characterized by its catchy hooks and harmonies, resonated with audiences and cemented their place in the hearts of music fans.

The Beach Boys’ music was not just about surfing, it was about a whole lifestyle. They sang about cars, girls, and the beach, capturing the essence of the California Dream. Their music became known as the “California Sound,” a genre that blended elements of surf rock, folk, and pop. This sound was characterized by its upbeat tempo, catchy melodies, and themes of fun in the sun.

Pet Sounds and the Creative Peak

In 1966, the Beach Boys released their album “Pet Sounds,” which is widely considered to be one of the greatest albums of all time. The album marked a departure from the band’s earlier surf rock sound and featured more experimental production techniques and unconventional song structures. The album was a commercial and critical success and cemented the band’s place in music history.

In the 1970s, the Beach Boys reunited and released several albums, but none of them were able to recapture the magic of their earlier years. Despite this, their music remained popular and they continued to tour. In the 1980s, Brian Wilson returned to the spotlight and released a solo album, “Brian Wilson,” which was well-received by critics.

The Beach Boys’ music continues to be celebrated and their influence can be heard in the music of countless artists today. Their California Dreamin’ sound helped define a generation and their music remains as popular as ever. They were inducted into the Rock and Roll Hall of Fame in 1988 and continue to be an important part of American music history.

The Best Picnic Tables for Your Outdoor Space

Weighing in on Water: How Much Does a Gallon of Water Weigh 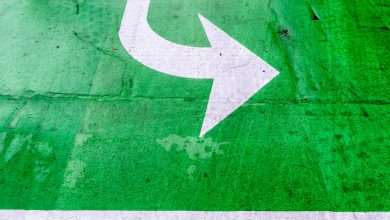